How Much in Taxes Do You Really Pay on 1099 Income? 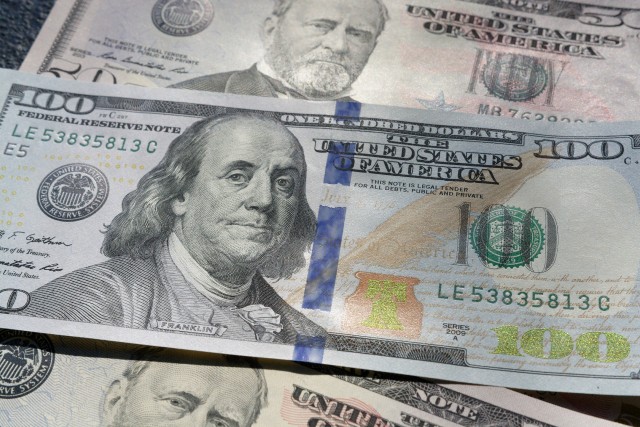 As more and more people venture into the sphere of independent contracting, the demand for full-time employees, commonly known as “W2” workers, declines. This comes as no surprise given the number of benefits that both sides of the transaction enjoy. The workers, for instance, get to take advantage of unparalleled flexibility, and the employers get to sidestep paying non-cash benefits and fixed salaries. Once the tax season comes around, however, you might start asking yourself questions about your contractor-based income. How much taxes will you pay on 1099 earnings? Are there additional forms that you have to worry about? What supporting items will you need? Thought the list goes on, the vast majority of the remaining questions will branch off of these few inquiries. So, you must learn the basic qualifications of an independent contractor, the taxes that you are responsible for, and the estimated payments that might be applicable.

Legal Qualifications of an Independent Contractor

Before starting to worry about the tax side of things, you need to ascertain whether you are actually an independent worker. After all, the law is abundantly clear and adhering to it is an outstanding starting point. 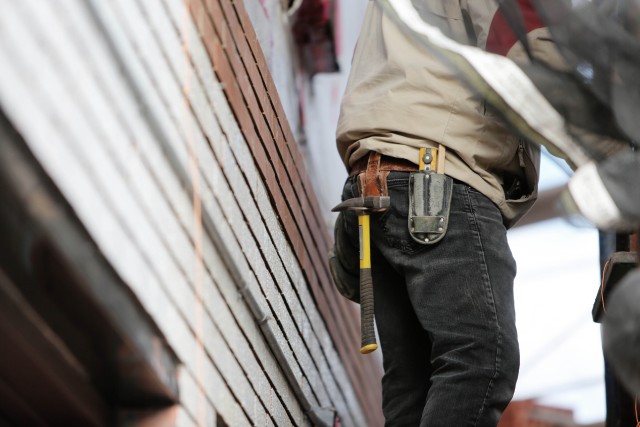 The most common people who fall in the group of independent workers are sole proprietors. According to the U.S. Small Business Administration Office of Advocacy, 99.9% of businesses in the nation are sole proprietorships. Courtesy of such a mind-boggling statistic, the odds that you also qualify are extremely high. To be sure, however, consider the following. The Internal Revenue Service, or the IRS, will allow you to claim this status as long as you own an unincorporated business by yourself.

If you decide to include someone else as the rightful owner in the venture, you can no longer claim the status of a sole proprietor. Instead, you must form a pass-through entity or a corporation. The only one of those two that will allow you to claim independent-worker-based income is a pass-through entity. The reason why it is called that is due to the fact that all income passes through to you as the owner and gets taxed on your individual tax level. Hence why, outside sole proprietorships, only partnerships, limited liability companies, or LLCs, and S corporations would count.

Finally, you might have to figure out how much taxes you have to pay on 1099-MISC income. Albeit a sole proprietorship, 1099-MISC means that you “technically” worked for someone else. For instance, if you are hired by an online tutoring company that wants you to tutor a student on your own time, you will likely receive 1099-MISC in the following year. In translation, even though you worked for an online company, you worked as your boss, not as someone’s employee. That means that your claim for the “independent contractor” status is valid.

Once you conclude that you satisfy the criteria, it is time to see just how much taxes will you pay on 1099 income. To do so, there are multiple levels of taxation that you need to dive into and analyze. 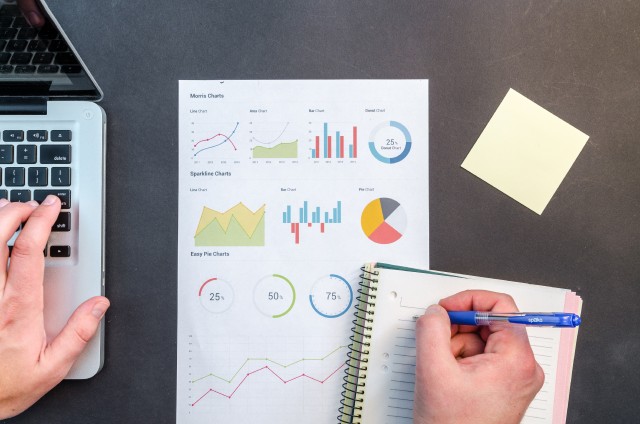 Just like everyone else in the nation, whether it be a citizen, resident, or even non-resident alien, you need to file a federal tax return. The U.S. federal tax is the largest and most important expense that your business, meaning you, must pay. Even though the brackets, filing requirements, and many other details were completely revamped with the “Tax Cuts and Jobs Act” of 2017, the underlying principles remain the same. In other words, the more money that you make, will increase how much taxes will you pay on 1099 income. Fortunately, this tax is imposed on your net earnings, not gross revenues. So, if you make $100,000 and spend $60,000, the tax will be imposed on the $40,000 net profit. This is why business deductions are probably going to become your favorite accounting topic as soon as you begin the filing process.

The biggest downside of being an independent contractor is the self-employment tax, legally known as the “Federal Insurance Contributions Act” or FICA. Even though they pay a portion of it as well, people who work as “W2” employees seldom worry about this tax. This is because they do not actually deal with it since their employer pays for 50% of it and automatically subtracts the other 50% from their paychecks. So, by the time someone who is an employee earns their monthly salary, the “self-employment” tax will already be taken out of their earnings. When you are an independent contractor, you do not have the same luxury as nobody is subtracting anything out of the money that you receive. Instead, you are solely responsible for the 15.3% self-employment tax. More precisely, 12.4% of your net income will go toward social security, and 2.9% of it will go toward Medicare.

When applicable, you may also need to pay state income taxes. Currently, there are only nine states where you will not have to worry about this, and they include the following:

If you reside anywhere else, you will pay 7% or less of your net earnings to your state. Keep in mind that, even though they technically have a state-level tax, neither Tennessee nor New Hamshire impose taxes on actively earned income, just dividends and interest.

Ultimately, you may need to cover a license fee to start your independent business. In case you are a sole proprietor, the fees are non-existent since the state and federal governments have nothing to do with the founding process. If you decide to go with an LLC or a partnership, the cost of initial filing and annual fees will usually exist. Since they range across the states, however, you should conduct some research to see how much you must pay in your area. As per the LLC University, for instance, the current costs for forming an LLC range from $50 in Arizona to $500 in Massachusetts.

You should also look into the miscellaneous fees that your state or city might impose each year as doing so can have an overall impact on how much taxes will you pay on 1099 income. These are licenses that you need in order to remain operational within an area. For example, if you want to enter the market of Santa Monica, California, you will have to pay $75 annually as well as a percentage of all revenues above $60,000. This is due to the fact that you are allowed to work in a booming region that has an outstanding demand for innumerable sectors. States like Arizona, Arkansas, Colorado, Hawaii, Indiana, Nevada, Oklahoma, Ohio, South Carolina, and many others charge perpetual fees for sales permits. While this expenditure ranges from $10 to $100, there are also quite a few states that bypass it and charge nothing.

The easiest way to understand how much how much taxes will you pay on 1099 income is to compare their situation to that of an employee. Accordingly, if both an employee and a contractor earn $75,000 in net income, per se, how much tax will they pay? In addition, for the purposes of simplicity, assume that they are both single filers who do not qualify for any extraordinary deductions, do not itemize, and live in states with no state income taxes or business license fees. 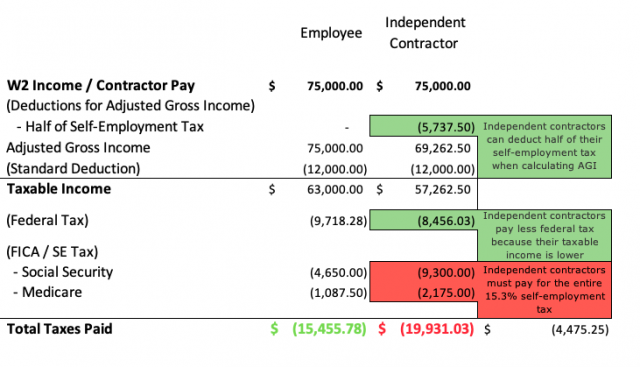 As shown in the table, the independent contractor will end up paying an extra $4,475 when the second half of FICA taxes are included.

To help offset some of the additional tax costs that independent contractors have, the government allows them to take quite a few deductions. If you are looking to pay less, it is in your best interest to account for every single dollar that your business spent. Moreover, because the deductions are defined very loosely, you can pretty much claim anything that you had to pay for in the regular course of business. For instance, if your business is in the fitness industry, claiming the vitamins that you consume as a business expense is not far-fetched at all. This is where using Taxhub could come in extremely handy as you will receive an in-depth review of all possible deductions that are common in your sector.

The main form that all of your numbers will go on is a regular 1040. Regardless of your background and type of earnings, everyone in the U.S. submits this form. Where the paperwork veers off a little, however, is the point when you start working with the supporting schedules.

The income that you report for your independent contracting must come from a Schedule C. Furthermore, to account for the self-employment tax, you need to include a Schedule SE. If you made any estimated tax payments, which will be discussed shortly, you need to ensure that those accompany your return as well. 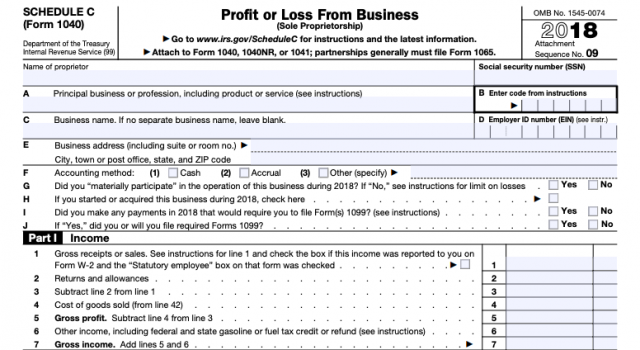 The best starting point is Schedule C. You begin by adding all of your earnings in Part I on lines one through seven. After that, you go through lines eight through 28 to derive the total expenses. Finally, you will get your net profit or loss on line 31. That number will go directly on line 12 of your form 1040. Also, do not forget to calculate your “qualified business deduction” from section 199A of the new tax law from 2017, which will amount to 20% of the net income that you made. That is, of course, as long as you satisfy certain requirements that most independent contractors do. To find out more about them, review the overview provided by the IRS.

After you find the net income, you should calculate the self-employment tax on Schedule SE. To do so, you fill out lines one through six on the aforementioned schedule and transfer that data on lines 57 and 27 of your form 1040. Luckily, given that you have to pay for the employer’s half of the FICA tax, you get to deduct that half when calculating your adjusted gross income. This is why it goes on line 27 of form 1040.

It is important to note that U.S. taxation operates via a pay-as-you-go system. In case you have experience working as an employee, this is why you had a line item called “federal withholdings” on every paycheck. Once you become an independent contractor, however, nobody will make any deductions or withholdings for you. Instead, you have to do it yourself. Keep in mind that the IRS has very little tolerance when it comes to receiving payments on time. In translation, you need to pay them multiple times during the year without waiting for the following due date to file a return and submit all the money that you owe at once. You should consider using a tool such as the withholding estimator by the IRS as it can aid in figuring out a fairly accurate range of payments that you must make.

Enter estimated payments. To stay on track with taxes, you will have to make four annual transactions where you submit a pro-rated amount of your annualized taxes to the government. If you anticipate earning $75,000 like the hypothetical taxpayer from earlier, for instance, your tax will be around $21,000. That means that you must make four payments of $5,250 during the year. The deadlines to make those payments are:

Notice that the last of your payments could come after the year ended as it is due on January 15 of year two. That is pretty much the only time that an independent contractor’s estimated payments can seep over the year-end date, though.

Although many additional quirks and legalities revolve around the taxation process for independent workers, understanding these basics will help you avoid the most common mistakes. Additionally, it should allow you to gain an understanding of how much taxes will you pay on 1099 income, especially in comparison to traditional employees. Get a free consultation, or start here on our virtual tax prep services, now! 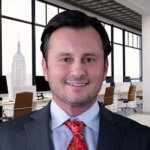 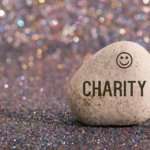 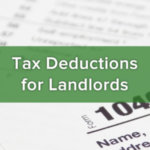