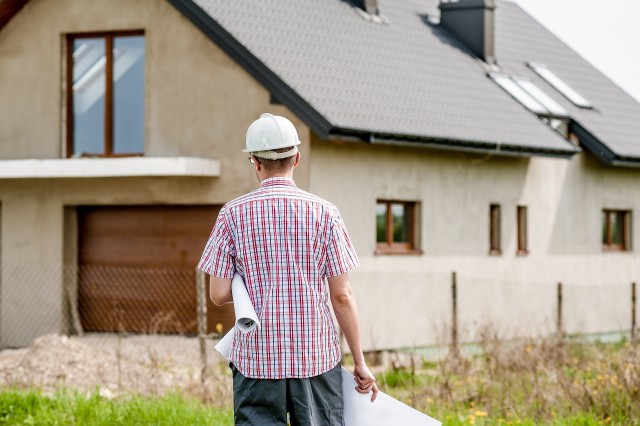 If 2019 was a busy year for your business, the first few months of 2020 are most likely going to be pretty demanding as well. The reason why is that your taxes payable for this year must be filed with the Internal Revenue Service, or the IRS, before April 15 of next year. While you should have already made multiple estimated tax payments, those few months will allow you to consolidate all of your financial information and make additional payments, if needed. To help with all these requirements, we have provided a summary of the tax rate schedules and important rules for 1099 contractors.

Courtesy of the major †ax law change the took place in 2017, many contractors are still learning all the differences that they have to keep in mind when submitting pass-through profits and individual returns. So, to keep things simple, consider the following crash-course-like summary of all tax types, rates, and major rules that you must keep in mind.

The most important tax that you have to pay is the federal income tax. Fortunately, the “Tax Cuts and Jobs Act” of 2017 did not change the underlying concept of how the system works. It is still a progressive form of taxation that carries seven brackets and mandates you to pay more as you earn more. The filing statuses are also the same and they include single, married filing jointly, married filing separately, head of household, and qualifying widow or widower. As all income from 1099 contracting flows through to your personal tax return, the following four tables will demonstrate the exact cutoff points and tax rate schedules for 1099 contractors as they pertain to all of the said filing statuses. 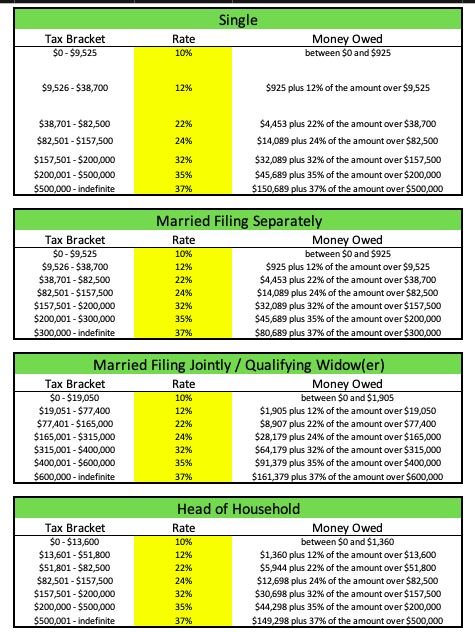 Notice that the tax rates and brackets for filers who chose married filing jointly and qualifying widowers are the same. This is because individuals who have a dependent when their spouse dies still get to use the married filing jointly status during the year of death as well as two subsequent years. After that, they must switch to the head of the household status in case they still have that dependent or they become a single taxpayer if their dependent no longer qualifies.

As an independent contractor, very few things are as important to your business as the self-employment taxes.  In fact, one of the most common financial downfalls of sole proprietors is their lack of attention when it comes to accounting for the FICA taxes that have to be “paid as you go.” In simple terms, self-employment tax is just a sum of social security and Medicare. People who work as regular employees do not worry about this because their employers automatically deduct both of those taxes and pay one-half of them. You, on the other hand, have to rely on yourself to make proper estimates to cover the two fees that accumulate to 15.3% of your net profits.

Interestingly enough, however, social security tax is the very opposite of the federal income tax in terms of the thresholds that apply. This is because it is regressive, not progressive. That means that the more money you make, the lower your effective social security tax rate will be. The IRS does this because people who earn a lot of income during their lifetime will not get to claim as much social security when they become eligible. Accordingly, it would not be fair to keep taxing them at the same percentage as someone who is earning minimum levels of income and will get to claim maximum social security benefits. The following table showcases the  Self- Employment tax rate schedules for 1099 contractors that apply as of 2019:

Finally, the other part of the self-employment tax will be the 2.9% Medicare fee. Unlike the social security portion, though, Medicare is a flat fee that does not change based on the income level.

Depending on the state that you live in, you may also need to pay state income taxes. Generally speaking, these will be a lot lower than the federal or self-employment taxes are. Besides, the silver lining to paying state taxes is that you can deduct them if you choose to itemize your expenses on Schedule A. The table below showcases the current rates for all 50 states, including the few that do not have any state-level income taxes. 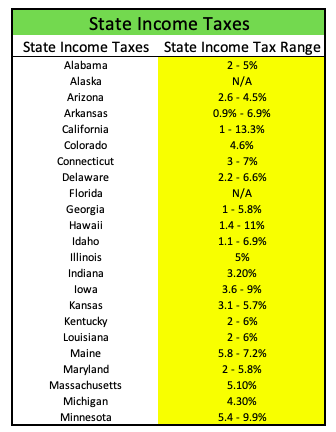 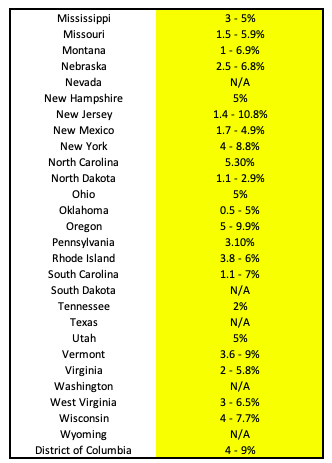 As expected, each state has its own rules when it comes to deductions and adjustments that you can take before calculating your taxes. The brackets also vary anywhere from one income bracket, which would be the case in Colorado, to the maximum of 12, which is how many brackets Hawaii has. Thus, make sure that you take the necessary steps to research the details regarding your state’s income tax laws.

As an independent contractor, you must send quarterly estimated tax payments to the IRS. Doing so helps the government take a portion of your earnings as you go, which is what they do with people who work as employees and contribute through federal withholdings. Outside of some exceptions with sole proprietors who do not anticipate their overall tax to be more than $1,000 or already have federal withholdings from their W-2 jobs, you must submit four payments amounting to no less than 90% of your anticipated annual income. If you cannot calculate that number accurately, you can also send 100% of the tax amount that you owed in the prior year.

Fortunately, the “Tax Cuts and Jobs Act” made some noticeable changes that impact the taxpayer favorably here. The main one is that you do not need to submit any estimated payments at all if you have an employer who is already taking out your withholdings from another job. In the past, having multiple jobs did not mean that you could net the expected taxes, and you still had to submit four estimated payments. The four deadlines that you must remember are showcased below.

One of the most important changes that took place when the new tax law was passed, from the viewpoint of independent contractors at least, is the addition of the Qualified Business Income deduction, or QBI. The new deduction was written in Section 199A, and the IRS passed it to counteract the enormous reduction in the corporate tax rate. After all, since corporations got to see their tax liability go down from 35% to 21%, the government did not want to risk having millions of 1099 independent contractors convert their businesses to corporations due to the lower tax percentage. So, they allowed everyone who qualifies to take 20% of their qualified business income as a deduction against the net profit.

Naturally, the calculation and qualifications are a bit more complex. In simple terms, your deduction would be the greater of:

Moreover, there are some limits on what types of sole proprietors would get to claim the maximum amounts. For instance, while passive income would qualify, professional service businesses must follow rules that are a bit more strict. If you are an independent contractor who has a limited liability company that does accounting, per se, you would not get to claim any QBI deduction when your income exceeds $207,500. In case you are married, that threshold is doubled and goes up to $415,000. Someone whose business not based on a “professional service,” which would include anything from truck driving to the sale of goods, does not have to worry about such caps.

Ultimately, given that the personal exemption no longer exists, you must make an important decision on whether you will take the standard deduction or itemize your expenses. As a business owner, you should pay close attention to some costs that you may get to claim on Schedule A, the likes of which include mortgage interest, charitable donations, and similar. For a more detailed overview, look at the following table to see every single itemized deduction alongside the ceilings or floor amounts that apply to it. 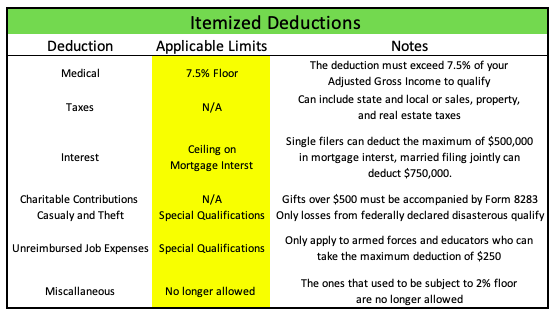 In case your itemized deductions come out to less than $12,200, you should not file a Schedule A. This is because the adjusted standard deduction that you can take is $12,200, which turns into $24,400 for married filers. Thus, going through the additional paperwork would not be optimal.

In summary it is easy to see that the tax rate schedules for 1099 contractors is not as simple as just looking at a single schedule. Due to the complexity of filing taxes as a sole proprietor, you should ensure that you seek out professional help. Doing so will reduce the likelihood of any mistakes that could cost your business a lot of money in penalties. Get a free consultation, or start our virtual tax prep services, now.

Author: George Birrell
Virtual Tax Prep: Why You Should Get Tax Help Online 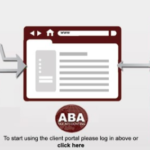 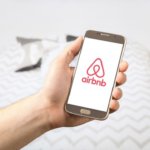